Red Hawk Resort, located in the hills above Sparks, Nevada, is a beautiful setting with two 18 hole golf courses.  The lower course is called the Lakes and the upper course is the Hills.  In mid September I was fortunate enough to play both on consecutive days in a basically couples golf tournament.  My wife is not a golfer but fortunately the group has its share of widows so myself and other single golfers were able to be paired with a golf partner.  This is a yearly event of the Friday group at our club.  Fortunately Don and Sandy enjoy setting this up and do a great job, because it is a lot of work.

The format was team play with each foursome a team.  Each foursome consisted of 2 men and 2 women, trying to balance handicaps so teams could be somewhat equal.  We played 2 Best Balls.  It did not matter if you used 2 men’s scores, 2 women’s scores or 1 man and 1 woman.  Pretty simple.  Everyone plays their own ball and you make your choice of which ones to use, based on score and strokes for each hole.  Sometimes 1 of the ladies would have a good hole and also 3 strokes.  We’ll take it, because that’s what golf is.  Your handicap is based on your best 10 scores out of your last 20 rounds.  You can have a high handicap and shoot a great round for you.  About 9 years ago I played in a tournament and had a 38 handicap on that course.  I shot a 98 for a net 60.  Wow!  Blew me away.  Anyway, 1 great round won’t really lower your handicap significantly.  Oops, I digress.  The first day spouses played together and the second day spouses were in different foursomes.  This is part of the beauty of Golf.  Men and women playing together, on the same team , at the same time, on the same course and having fun.

Both courses at Red Hawk Resort are about equal in difficulty although they are very different.  The Lakes course is essentially flat with some water, The Lakes.  The Hills course is exactly that.  Most of the holes are either severely uphill or severely downhill.  The two courses were in great shape.  I think when asking around, most of the women preferred the Lakes course while the majority of men really like the Hills course, me included.

The men played from the White tees and the women played from the Red tees.  We were all Senior Golfers.  Some of the seniors still hit a long ball, but most of us have lost a lot of distance over the years and prefer to play a course of no more than 6000 yards.  I do play courses of 6200 yards or so on occasion but the white tees suited the majority of players and we were out for fun.  That doesn’t mean you don’t want to win!  Of course you want to win and Claudio (affectionately referred to as Guido) collected the $10 per person per round on the first evening we arrived in Reno.  The payoff to win is pretty good and they paid many places each day.  However, in Amateur Golf it’s more about bragging rights.  I can hear Kenny say, “No it’s the money!!”

The first day we played the Lakes course.  Unfortunately, one of the couples had to cancel at the last minute, so the pairing had to be adjusted.  You’re not going to break up married couples and therefore the single golfers were broken into two threesomes.  That’s understandable and then the threesomes get a blind draw depending on which player is missing.  Many an amateur event like this has been won thanks to Mister or Ms. blind draw. 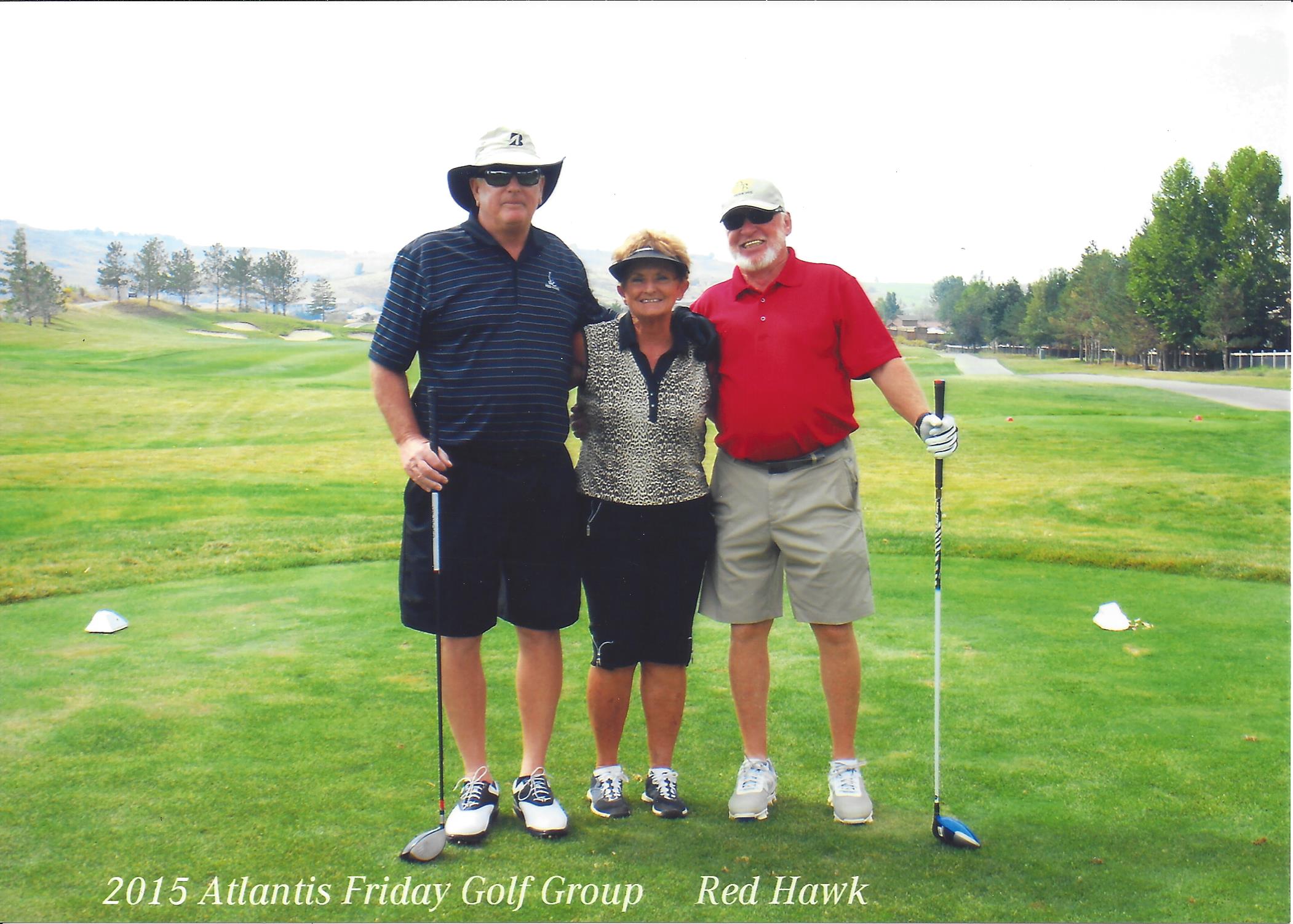 We really had a good time, even if we didn’t play that well.  At least I didn’t.  It was not my day, as we say.  I really like both of my fellow golfers so believe me I had a good time anyway.  Never Let How You Play Interfere with Your Enjoyment of the Game.  That is my motto.  Needless to say, since none of us played really well, we didn’t win any money.  However, we were Not Dead Last and that is important.  A good friend of mine finished last in a Senior tournament.  Sometimes this is referred to as DFL.  You can fill in the words.  Anyway for at least the next year he was referred to as old DFL.  You can’t have thin skin, it’s all in good fun.

At least if you’re not playing well there is always beer.  Thanks to the cart girl or should I say cart person.  At the end of the round we all meet at David’s, the restaurant at Redhawk for drinks, lunch, compiling of scorecards and handing out prize money.  On the first day, Claudio forgot the money so he could not pay the winning teams.  He promised he would pay them the next day.  There were 17 foursomes and 2 threesomes, so that’s a chunk of change.  My wife joined us after a day of some shopping.  A good time is always had by all.

On the second day of golf we played the Hills course, which I like a lot.  The weather was really nice.  I remember one year it was very cold in the morning as we teed off.  This was especially true up high on the Hills course, where it was windy.  The cart person came around and with drink tickets we could get liquor to warm up.  I’m a scotch drinker but since they didn’t have scotch (unheard of) I drank Jack Daniels.  Warm and toasty was the feeling.  All I needed then was a cigar.

This day it was beautiful.  We had a foursome of myself, Leo, Deborah and Kristin.  The whole Friday group is made up of wonderful, friendly people.  We knew we would have a good time, no matter how we played.  I love the course and on this day I played well.  11 strokes better than I played on the Lakes course.  I hit the ball well and I putted pretty good.  In fact, we all played pretty well, especially Deborah.  While on the course we came across a group of Antelope.  There was one male and a few females.  The male had antlers shaped in a heart.  They seemed totally at ease with the golfers.  I think we were more excited to see them.  Of course we took pictures.  After a fun round we again met at David’s for food and drink.  After compiling score cards, we tied for 3rd place.  $30 per person isn’t too bad.  I made back my investment plus. 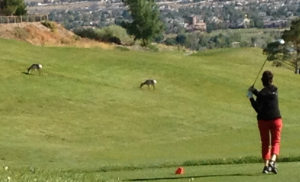 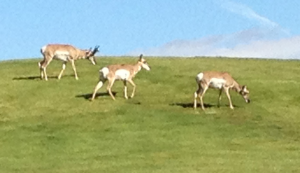 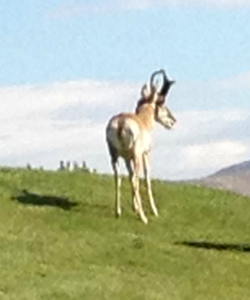 My wife didn’t join us this day as she spent it with a good friend of ours, Louise, who lives in Reno.  My wife had worked side by side with her for at least 10 years.  I went back to the Atlantis, where we were all staying, to change clothes.  I then met my wife at Louise’s place.  We had cocktails and hors d’oerves before going to dinner.  We had dinner at the Steak House in Harrah’s in downtown Reno.  It was a great meal, especially since I was able to get a special appetizer of Foie Gras which I shared with Louise.  A wonderful way to end a few days in Reno.  On Wednesday we packed up and left.  Stopping for breakfast at Mel’s in Boomtown and then to Cabella’s.  We love that store.