Our friends, Bud and Lorraine, visited us from Pennsylvania.  We had a great time visiting, eating and drinking.  I knew Bud was a golfer so I had proposed that we play a round while he was with us.  Bud and Lorraine attended our wedding in Lake Tahoe and a group of us, including Bud,  played golf the next morning at Edgewood.  I had told him that he didn’t need to bring clubs as I have extra sets.  Fitting in golf could have been a little difficult but I had planned on Sunday afternoon and my wife agreed that it would work.   I made a Tee time for me and my guest.  I thought it would be a treat for Bud to play a private golf course.

On Saturday we went into my garage and I showed Bud clubs he could choose from.  He wanted to try graphite shafts and I had a set of Tommy Armour’s he could use.  I also had a set of MG Golf hybrids in the bag.  Bud said he had never used a hybrid.  It should be interesting.  He was thrilled when he asked about a mallet putter and I had the exact MG Golf putter he uses at home.  He was happy.

My wife had the idea that if Bud and Lorraine came earlier on Sunday we could go to Sunday brunch at the club.  Afterwards Bud and I would golf and Maureen (my wife) and Lorraine would go off, do their thing and we would meet back at our house and then go to dinner.

We belong to Discovery Bay Golf and Country Club which is mainly a golf club.  I play there on 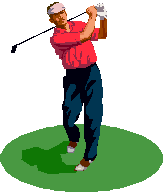 an average of 3 times a week.  We have a large Senior group which plays on Wednesday mornings.  Anyway, I digress.  When we got to the club, our friends were somewhat amazed at all the people we stopped to say hello to or who stopped by to see us.  Our club is made up of  very friendly and welcoming people.  We finished breakfast, Bloody Mary’s and Mimosa’s and Bud and I went to the Pro shop to sign in while the girls went their way.

We got a Golf cart, went to the car for our clubs and headed to the Driving Range.  I usually don’t spend too much time on the range.  I only have so many good swings in me.  I will spend more time on the putting green.  Bud needed to try out the clubs, plus he tends to warm up more that I do.  He was impressed by our practice putting green.  It’s large, not totally flat and pretty fast.  Our greens are in good shape, roll true and are 9 to 9.5 on the stimp meter at this time.  I think faster than he is used to.  Bud plays most of his golf on public courses as I did before I joined DBGCC.

When we were ready, I checked with the Pro shop and we went to the 1st Tee a little earlier than our scheduled Tee time.  I explained to Bud that our opening hole is a 470-500 yd. Par 5 with no real trouble until you get to the Island Green.  The shot over water isn’t far but if you are not inside 150 yds. for your third shot you may consider laying up.  When we started to Tee off, my friend George showed up and joined us.  The course is in pretty good shape considering the drought.  The fairways have some bad spots but they are now working on over seeding etc.  Still, except for the top end expensive public courses, you know you are at a private course.  Bud assessed the situation and with unfamiliar clubs etc., he chose to lay up on the first hole as did I.

The second hole, a Par 3, is about a 135 yd. shot over water to a tiered green with a swale on the left side.  There is some bailout room on the right but water on the left.  Bud seemed impressed by the course.  I knew Bud was enjoying the day.  He asked about playing the same course a lot but we explained that our Senior group plays with 13 or 14 other clubs where they host us and we host them. There is also the ease of getting tee times and almost always being able to play with people you know even if you just show up.  As American Express says “Membership has its Privileges”.

This was always intended as a fun round of golf.  The idea was to help Bud so he would at least know where he should try to hit the ball.  We are real amateurs so the ball does not always go where we intend it to.  Discovery Bay is a very playable golf course and a course you can walk, as many do.  It has pretty open fairways but a lot of water.  In fact, we have water on 15 of 18 holes.  Now much of the water does not come into play unless you hit  a poor shot but as I said we are amateurs and such by definition we hit our share of poor shots.  Fat shots, thin shots, slices, hooks, good shots and you never know which one will come out.  The multiple tees and ratings for both men and women allow golfers of different skill sets to enjoy the course.

Our greens are mostly tiered and undulating.  It’s hard to wind up with a straight flat putt.  Of course this is where home field advantage is real.  Playing here a lot we know how most of the putts will break.  Still miss them but usually come close.  Bud said he normally has a hard time reading greens anyway and with our added speed it was tough.  We did help if he asked.  My buddy George is a good friend and a good golfer so he was able to help too.  All in all I think Bud had a good time.  He hit the ball well but did have a harder time on the greens.

Golf is a great game.  People who don’t know one another automatically have something in common.  We finished the round and had an enjoyable day.  Friendship, exercise, fresh air, what more can you ask for.  We left the course to find the ladies who were sitting in our back yard reminiscing and catching up.  We went to an early dinner locally at the Boardwalk Grill, sat outside with the marina as our view, showing off some of the virtues of Discovery Bay.  Dinner wasn’t too early and it was dark when we finished.  Our guests needed to leave as they still had to pack and they had an early morning flight home.